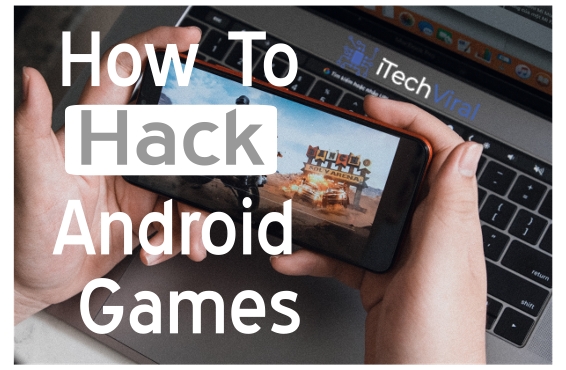 Hacking itself is not really a bad word, it depends on what you use it to do. There are many reasons to hack android games and the main reason is to get unlimited accessories and pass a very difficult level. The developers sometimes make these levels hard so that the player can be very creative and learn new ways to progress, but not many are hardworking to settle down and pass those levels – Like Me 🙂

I have hacked several android games which I couldn’t have the patience to get what was needed to progress such as Dream League soccer and dancing line game and I can really say, I had no regret doing so. Hacking Android games is very possible and still working in 2019, but you have to make sure you read the right content and not click-bait and also have the right game hacker apps for Android devices which works.

There are many methods available to Hack Android Games on a rooted android device in 2022 easily. These 9 working methods are practically apps that work well and have less advanced features with a high probability of success.

SB Game Hacker is the best Game Hacking App for Android devices and this has been so for over 4 years. SB Game Hacker Hack Android Games faster by changing the coin or numeric amount to any specified by the player.

SB Game Hacker remains popular because it has a higher success rate and also lower Android versions that have root enabled can also benefit from this Android Game Hacking Application.

How To Use SB Game Hacker to Hack Android Games

SB Game Hacker remains the best to be used on a rooted device without uninstalling the app or moving some folders in the device. Also, make sure you tweak the settings of a Game hacker if a value is duplicated, with time, you’ll leam how to use it more.

GameCIH is another game hacking app that works on a rooted Android device faster and with a high probability. GameCIH is very similar to the previous app mentioned in Method 2, you can modify the value of any game by selecting the value on the game which can be coins, gems, or money to any of your choices.

This Gamer Hacking App has a lock option that allows you to narrow the value search t increase chances of hacking the game faster without the stress of broad searches filter. With this app, you can hack android games with just a click and this will not affect any future game updates, unlike modded versions.

How To Use GameCIH to Hack Android Games (No Root)

It’s nice seeing such applications that can be used to hack android games in 2019 so easily without having any networking knowledge or android programming language skills. GameCIH has been proven to work well on rooted android phones, enjoy!

Xmodgames is the latest method used in Hacking Android Games on a rooted android device. This app is very fast, low in size, and works for many lower android devices although optimized for 5.0 and up. The result of this Gamer Hacking app is so fascinating that it also hacks server-based games like clash of clans.

As quoted officially from Xmodgames, the app is “used to hack various games from the game developers. Xmodgames also provides different mods to games like we play GTA series with a different mod, some increase the capacity (life, time, etc.) of the player and some enhance the graphics of the game or some acts as an accelerator.”

Xmod game app is really the best app for android games hacks because it offers Accelerator mode, screen recording feature and it has automated script & plugins which enable the game to play without you even doing anything, obviously only rooted android devices can enjoy these features on Android devices.

Bonus: This game hacking app is also available for iOS jailbroken users (iPhone & Ipad). You can hack games on Android with this app on your iOS devices easily like the android versions.

How To Use Xmodgames to Hack Android Games

There are many supported games with cool mods provided by Xmodgame like Pokemon Go, Jurassic World, Candy Crush Saga, e.t.c. This Android hacking app is really worth it due to t its features, it has so many advanced features so you’ll need to be careful while using this app.

CreeHack is another best app used to hack android games by gamers on their rooted devices. This Android hacking app is very similar to a lucky patcher which doesn’t need root, but this Creehack requires root access to work properly.

Creehacks allows you to totally mod any android game like editing the OBB File or Data file and also the Apk on your devices. If you’ve been looking for the best Apk editor app then this game hacking app can do the job easily for you. Creehacks modifies games coins, life, money, and keys, also, it allows you to purchase any content for free without paying.

This application as confirmed by the official app consumes less memory, it’s fast, and supports many android versions. This application works for many offline games with a higher success rate. But the con is that Creehacks needs an internet connection to work and doesn’t support online games.

Creehacks can be used to hack android games faster and easily without uninstalling the official app and installing a modded one. This apps allows you to still get updates from apps without getting banned in the game. Also, if you disable Creehacks, the game you modified will still be unlocked.

Leo Playcard is very easy to use when you want to hack any android game on your Android device. Leo Playcard has been used in hacking android games like Subway surfers and Temple Run sequels. What makes this game hacking app one of the best is it has a simple interface and any user can understand it without any walkthrough.

Leo Play does not need root to work on Android or jailbreak for iOS users as of 2019. This Apk can be used easily and also, you can control the objects included in the game by using Leo Playcard Apk for Android and iOS. This game doesn’t work for online games so it’s better not to try it on such an android or ios game or you’ll be banned from playing.

How To Use Leo Playcard Apk

Freedom Apk is another Famous Android app used in hacking android games. Freedom App can be used to unlock levels, get unlimited coins and money, buy gems for free and also, purchase any accessories, tools or equipment available for use.

Freedom also works on some online games, but the problem is that most games detect Freedom Apk and then disable your access to play the game, so are mostly Gameloft games. Freedom Apk works fully on rooted android devices, you can’t use this app for games on Android but this app works for lower android versions 2.3 and up.

How To Use Freedom Apk

This is how to use Freedom Apk to hack android games for free on android and ios devices using root privileges. This app is very easy to use size 1.89MB and also, it supports so many countries and fully supports games like Angry Birds, Agent Dash, and a few online games. This is clearly one of the best game hacking apps for android.

Hackerbot is can be used on Xbox, iOS, Android, Windows PC, and Playstation to hack games on these consoles. Hacker Bot can be used on android games that play online or offline. Also, it can edit game data, mod the app’s Apk and also edit the android memory.

This app is very simple, the root is not needed to hack any android game using this app. Hackerbot has a website where it has numerous hacked android games which can be downloaded on your android device and installed with all coins unlimited and also unlocked levels.

How To Use Hacker Bot

Game Guardian 84.0 Apk comes with the best game hacking apps for android interface and easy-to-use controls. This application is far better than some popular apps to hack android games because Game Guardian allows difficult modification, you can make the game harder or easier.

Some Values are encrypted which can’t be searched on SB Game Hacker, Game Guardian offers to unlock of such value and thereby enables modifications to get unlimited lives and coins. You can change the application code, display an unlimited number of searches, time machine back to the past to revert changes, speed hack which works on Android 7.0, and many more!

How To Use Game Guardian

Game Guardian is an old app that still gets regular updates, in fact, it gets updated weekly with more features to bypass new android games that prove stubborn. This app will hack any android game for you as far your device is a rooted android phone.

Ok, this app is another wonderful game hacking app for android and it’s very easy to use as a hacker bot. Hot Game Cheater 2009 contains a database of thousands of working game cheat codes, the latest mods walkthroughs, saved states, and music. Several games are available and this software supports so many platforms like PC, DVD, Gameboy, PlayStation Portable, Sega Games e.t.c.

The walkthrough of this app used in hacking android games is the best so far because you can get hints to secret levels and easter eggs available on a game you have no idea of and might not be seen on YouTube. It also has thousands of Games’ music, midi, and ringtones that have been embedded in this section of Hot Game Cheater. You can play games with background music, level, and stage music.

How To Use Hot Game Cheater

Note: This is a software of windows that can be used to find hackable games for android devices alongside their mods and walkthroughs. It is just 52.54MB and it supports these operating systems since it’s an old 2009 software XP 32-bit / Vista 32-bit / NT 4.0 / 9x / 2000.

The forementioned applications for hacking android phones games are very helpful these days, games are getting harder and without paying to get better tools, you wouldn’t be able to beat the game and you know, games are meant to be enjoyed not imposing frustration on the player.

So using these apps, you can Hack Android Games for free if you want to pass hard-level games easily. Also, you’ll get to enjoy the unlimited features and awesome levels and accessories the game has to offer without any real money payment. Follow on Facebook for discussions and Technology funny memes.

“no copyright infringement is intended”. 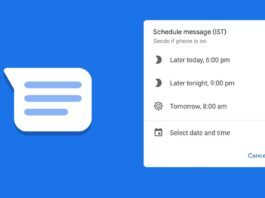 Google Messages: How To Schedule Text on Android 2022 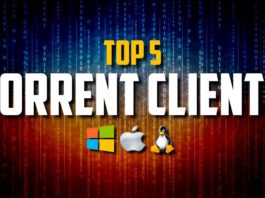 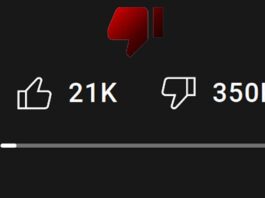