Security Cautiousness’ doesn’t just mean having a password on your WiFi network, you also need the best Wifi hacking apps to pen-test your network key, this helps you know how strong it is and also know which apps are used by others to gain access to your WiFi network. As an Ethical Hacker (White-Hat), you need to know these applications for android, get well equipped with them so you can better protect your Wi-Fi connection with better security and hard to get the password.

It is quite unfar when you forget to lock your hotspot or Router and someone exploits your human error into gaining free internet, thereby violating your hard-earned data bundle purchases. These WiFi hacking apps for android are very good in gaining access to weak hotspot, you will get to know how they work, penetration test them on your personal device, and also learn how to better protect yourself from facing such attacks on your network.

Most times, people hear the word WiFi hacking and think it has to do with something illegal, that is gaining access to people internet in an unauthorized manner. But in this case, it isn’t because there are situations when this is valid like in a work place. Possibly your boss in work gave you the password for the company wifi years ago on your phone, but when you got a new device, you couldn’t remember the password to add on it, here is when the WiFi hacking apps for android comes with great benefits.

As we are known for, we link to apps available on official stores that have passed the security check, so they are safe to install, though not 100%. These WiFi hacking apps will help you penetration test your network for vulnerabilities, also please note that we are not responsible for what these apps cause on your device, these apps might not be trustworthy in the future. This is just an article for educational purposes as we don’t encourage hacking, be ethical (white hat).

80% of the android apps mentioned here are for pranks, they do not need root access. These are the only approved apps by Google since people seems to be violating the terms, and we have to abide by that. So if you want to prank your friends into thinking you got access to a Wifi network, then check the below apps out.

Here’s an app that works as a prank application, looking at the reviews, you can see it says contrary to what the app description says, clearly it has a lot of paid reviews. What it does is it randomizes the passwords of a WiFi network, obviously, these generated keywords aren’t the PW. It creates an illusion that it is able to bypass secure wireless networks protected by WEP, AES, or WPA2, which can be used to prank your friends that it actually works.

This is a useful tool that shows the WiFi password of your device on the android application for easy recovery. It lists all the WiFi names and password you have previously connected to in the past, simply install this on the target device and get the password of the WiFi it has previously connected to. Unfortunately, this application requires a rooted android device, this allows it to show you the network SSID, signal strength, frequency, and analyzer.

Well, here’s just another WiFi hacking app that shows the key-phrase of networks previously connected to your device. It is a good app that can be used to easily manage your WiFi network without having to write them down. Some cool features included in the app are; automatic WiFi connecting, WiFi speed analyzer, So if you want to hack wifi legally, then you can make use of this android application, it is free and has over a million installs.

This is the closest WiFi hacking app for android that gives you free access to WiFi networks near your current location. It is best used while in the airport, the application automatically connects to a nearby Wi-Fi network without you having to type in the password since it’s an open network. Also, it works in major cities where companies offer free internet to passersby and also those in buses. It also has an offline map to show where there are network connections available, this is helpful when roaming.

WiFi Master is an android application that finds and stores Wi-Fi hotspots so you can connect to them for free. This application is owned by WiFi.com website, that’s obviously a unique domain name, so it’s going to be a good app. Some of their features include a safe and secure way to connect to a shared password without it being revealed. The app contains a free hotspot with unlimited data, so choose any available on the application, good as a WiFi hacking app for android.

Do you want the best and secured generated WiFi key for more security? This app generates a random password for supported securities like WEP, WPA2, and WEP. It also scans for threats on your connected networks and also for nearby networks you’ve not connected to. Furthermore, you can test the internet speed of your WiFi network, it works just as fast.com website that is more accurate than other providers. Though this is not a WiFi hacking app for android, it does offer useful features that can benefit your device and you when connected to a network.

I know it’s sad you have to see many apps on playstore meant for hacking being a prank application. This is done because of Google Playstore policy to not allow apps helping people hack others’ WiFi network, and we know hacking is wrong when it’s not ethical. Hacking through an app is rather impossible, so don’t be fooled thinking an app can do the task. So This app will make your friends think you can hack a locked password with just an android app.

Related-Post: How to Find all Wi-Fi Passwords On Your Windows Computer

This is the first app that got so close to being called a WiFi hacking app for android. It scans your network for potential risk of WiFi password theft, it has a protocol that allows you to connect to any WiFi network using an 8-digit pin number known by the router company to be the default if not changed by the consumer. It has embedded an alogarithm that does this, it is able to get the password of low secured networks and then you get connected to them.

Here’s another WiFi app that helps you keep your network safe from hackers and other security issues. This application helps you know if a third-party is connected to your network, so if you noticed sudden poor connection speed, it could be someone who has gotten your password and joined without your permission. You’ll also get to see their IP address, Mac Address, and also vendor listing of the connected user to your WiFI network.

WiFi Inspector apps are very useful to fight against WiFi hacking apps on android without root or with root grant access. This application has a lot of useful tools to help secure your WiFi network and reduce the risk of it being vulnerable to attacks. It scans your network for security breaches, displays information about your network like the upload and download speed, your Router password, and lot more. Network utilities tools are also included, you can make use of the IP Calculator, host converter, DNS lookup, and basically things you can lookup with command prompt on Windows.

Here’s another WiFi hacking app utility that works almost as if it can actually do that, but it can if a user didn’t change the default password of popular WiFi brands such as Asus, Belkin, Cisco. Other than that, you can use it to securely login to your network, it also stores your passwords and recommends if it should be changed or not. So if you have forgotten your login information to your router, then you need to connect with this app to re-gain access.

So these are the best WiFi hacking apps for android that can help you regain access to your network, prank your friends, and secure your passwords. It’s hard to hack WiFi with just an app, so many are pranks and utilities for network properties. If you have any question, let me know via the comment section below, share with your friends. 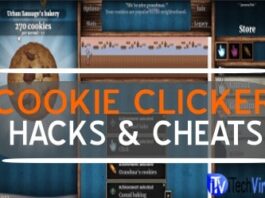 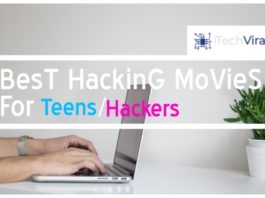 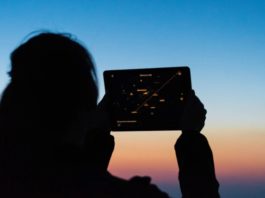