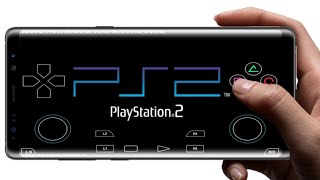 This article is strictly focused on the Best PS2 Emulator for Android devices, these lists are well researched and not some low-quality mentions, we’ve made sure these mentioned Ps2 emulators are working on Android and is able to play many Playstation games without compatibility issues. Damon Ps2 Emulator free version would have been the best but they got hated due to the number of Ads displayed which lags the gameplay, so we are not recommending this to anyone, rather only the paid version with good reviews.

There are many ps2 games that can be played on android with emulators such as popular God of War, Assassin Creed, e.t.c. I also want to make it clear that PPSSPP is not a Playstation 2 emulator for Android, some people don’t know this and list thee, emulator, as being capable of playing PS2 games. Ps2 Games are somethings released for PPSSPP and that is why there are confusions, but you can know this from the fact there is FIFA 14 and that is not available for PPSSPP, rather mods of PES are regarded as FIFA by another website.

So the 7 Best Ps2 Emulator for Android is able to play PS2 games on your Android device, note that the lag will differ based on the processor of your phone or available RAM, so if yours is lagging and another device doesn’t, you should know it is not the emulator, rather it is the device used to play the game. Also most of the links we’ll share to download these PS2 emulators for Android will be from Google Play store with good user reviews and downloads. There are other recommended ones once you need to try such as Pro Playstation, but the assurance of it still working to date is uncertain since they are not regularly updated.

These PS2 Emulators for Android 2020 have easy to use controls, they offer the classic PS2 controller setup on the screen such as R1, R2, L1, L2, Start, Select, X, O, e.t.c. Also, they have the feature that allows you to link the emulator to a real controller so you can use any Android controller and run the PS2 Games on your device easily. The emulators don’t reduce the graphics of the games, they allow you to experience what the PS2 players experience on the device, there are also no limitations on the applications.

Most PS2 Emulators seen on Google Play are PSP Emulators, so it was hard looking for the best you need on your Android device. So not all the 7 Best will be from Google Play, some will be linked to an external site where you can download it and play your PS2 games with no issues. Since our list is based on the reviews of users, you will not have issues running the game on your device. So what really are the best Ps2 Emulators for Android? Sit and relax as we review these APKs.

This emulator is not available on Google PlayStore, though it was before it got removed, it has great features you need so you can play your Playstation 2 games on Android. When it was on the Android store, it had great reviews because you can play PS2 games with the virtual PS2 like a virtual joystick which is compatible with different varieties of Playstation games, they offer tutorials for the players on how to set up the emulator, it is also a free app with no Advertising and also it doesn’t crash on most devices.

Personally, I will recommend you play this game on your Android tablet so the controls will not cover the whole gameplay, or get a phone with a bigger screen size. The emulator size is 7.8MB, and though it was last updated in 2018, it still works till date, also the current and last version is v117, it also supports Android 4.4 and up, might not work on Android 10.

Remember what I said at the beginning of this article, so we are focused on the DamonPS2 emulator with good reviews on Google Play. This PS2 Emulator has a free version and paid which is what we are reviewing because of the good reviews compared to the free version. Damon Ps2 emulator for Android is the fastest PS2 emulator for android, it also runs on Snapdragon 835\845 and it is compatible with over 90% PS2 games, though there are bugs, few. This emulator has an organized section that is categorized as Recent, Games and BIOS files, also if you installed a PS2 game you will be able to see which language the game is through the country’s flag.

DamonPS2 Pro costs $10 and it is worth it, here are the reasons, the pro version has not an advertisement, it supports gamepads, it supports loading and saving of game state (though this should be a free feature), anyways it also lets you play games in HD1080P, you can make use of cheat codes on games like Grand theft auto san Andreas and most important it supports Multi-threading Acceleration and it Exceeds PPSSPP emulator. I’ll link to the paid version only because the (Pro) modded one where you can get the Ps2 Emulator for Android free is currently unavailable.

This Ps2 Emulator works for Android and it is the fastest in Global, it also supports playing of PPSSPP games and runs a lot of games. Now, this is fast on good Android device, many using low devices complains of slow running of games without knowing the issue is coming from their mobile phone, so it is recommended you get a device having at least 1.5GB free RAM so this Ps2 Emulator for Android runs without lags or crashes. This Apk has over a million downloads and some bad reviews, but the best part is that the good reviews are more, so you can consider downloading this on your Android phone.

Free Pro PS2 Emulator is free to get, it also lets you run most Ps2 games in good frame rate per second starting from 45FPS – 60FPS, this can be noticeable on PS2 Games like Spider-Man 2, God of War II, Resident Evil 4, Final Fantasy X and Tomb Raider III. All controls of Playstation 2 games are included, it also features the L3 and R3 buttons, though the control might be complicated knowing it is played on a small screen, if that is your device, then you can modify the position of the buttons so it suits your style of play, you can get this ps2 emulator for android free.

PS2 Emulator Game Apk has bad reviews, but good reviews are also available and that is why I had to list it. Some complained the speed of the games is slow, but I recommend playing any Ps2 Emulator Android app on a phone with good processor and enough ram. What features does this emulator offer? You can play any Ps2 games, the quality is not reduced or altered, it runs smoothly on a few Android devices, it also runs PPSSPP Iso files, and has controller settings. The emulator current versions are 2.1.0 and were last updated a year ago, you can get the app for free, but note it has tons of ads.

This was the best Ps2 emulator for android but the app got removed from Google play but it can still be installed on Android. This emulator is able to run Shadow of the Colossus, ICO to Grand Theft Auto San Andreas, Final Fantasy X, and even Pro Evolution Soccer 3. This emulator has some issues though like some games not running smoothly when they are meant to, others not working at all and some crashing after running smoothly. This emulator is best played on Android tablets because games can be played only on portrait mode and not landscape. But with over 3 million downloads, it is obvious why this is one of the best Ps2 emulators for android.

Pro PPSS2 is just 7.97MB in size but it has many features some mentioned emulator doesn’t, also this Ps2 emulator for android is compatible with 90% of android games, it also has similar control mapping like Play! but this one works on Landscape mode, so your gameplay is not stretched and you can play many games now. They also give you customization features like changing the theme color, in addition you can view the detailed tutorial on how to run ps2 games.

The control mapping of this Ps2 Emulator for Android is the best, as seen from the image above it is very easy for you to play games without your hands covering your gameplay. You can see that PTWOE L2, L1, R1 and R2 buttons are aligned side by side which makes it easier to reach which button you need to tap. The best part is that this emulator supports many games, the developer tested it and the user review shows they love the Apk. The app was last updated 2017, so the hopes of a new version are very slim, but older Android versions like 2.3.2 can run this Android emulator smoothly.

These are the 7 Best Ps2 Emulator For Android that is really working without issues and runs Ps2 games smoothly. This list has pros and cons, so you should know what you are looking for on the emulator as you check the features of the list before downloading. There might be some other cool Playstation 2 emulator on Android i didn’t realize, though the possibility is low, but you can let me know which i missed in the comment section below, kindly share this article and follow us, thanks for reading. 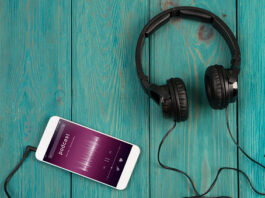 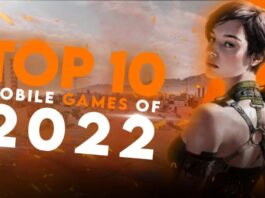